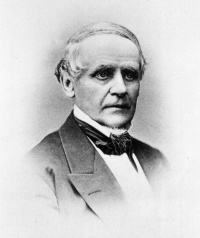 Born into a Quaker family in Morrisville, Pennsylvania, Kirkbride began a study of medicine in 1831 under Dr. Nicholas Belleville, of Trenton, New Jersey when he was eighteen. After receiving a medical degree from the University of Pennsylvania in 1832, Kirkbride originally sought to become a surgeon, and had his own practice from 1835 to 1840.

In 1840 Kirkbride was asked to become superintendent of the newly established Pennsylvania Hospital for the Insane. He accepted for largely practical reasons, as his training and experience interning at Friends' Asylum and at Philadelphia's Pennsylvania Hospital provided him with the necessary background for the position. As Superintendent he became one of the most prominent authorities on mental health care in the latter half of the nineteenth century.

In 1844, Kirkbride helped to found AMSAII, serving as secretary, then later as president from 1862 to 1870. Kirkbride pioneered what would be known as the Kirkbride Plan, to improve medical care for the insane, as a standardization for buildings that housed the patients. Click here for more...