The hospital is located at a site which was once known as Herdmanflat Farm. The facility was designed by Peddie and Kinnear and opened as the East Lothian District Asylum in 1866. A dining hall was added in 1890 and several villas were added in 1908. It joined the National Health Service in 1948.

NHS Lothian has proposed creating a community hospital on the site.

After all services have been moved to the new East Lothian Community Hospital (ELCH) being built on the site of Roodlands General Hospital in Haddington, the hospital will close in 2019.

At the turn of the 19th/20th Century the hospital had around 300+ beds with about 10 private patients. The rest were defined as ‘pauper. (Note – common causes of death recorded in the old hospital notes were ‘phthisis’ and ‘manic exhaustion’ ). By 1972, [with the development of more active treatment for people with mental illnesses] the number of beds had reduced to 240 beds in nine wards, including two wards in the former Vert Memorial Maternity Hospital. This was eventually emptied and sold.

By 1994, the total had reduced to about 100 beds in five wards with only half a ward for long-term patients of whom, at that point, there were two females and eight males. 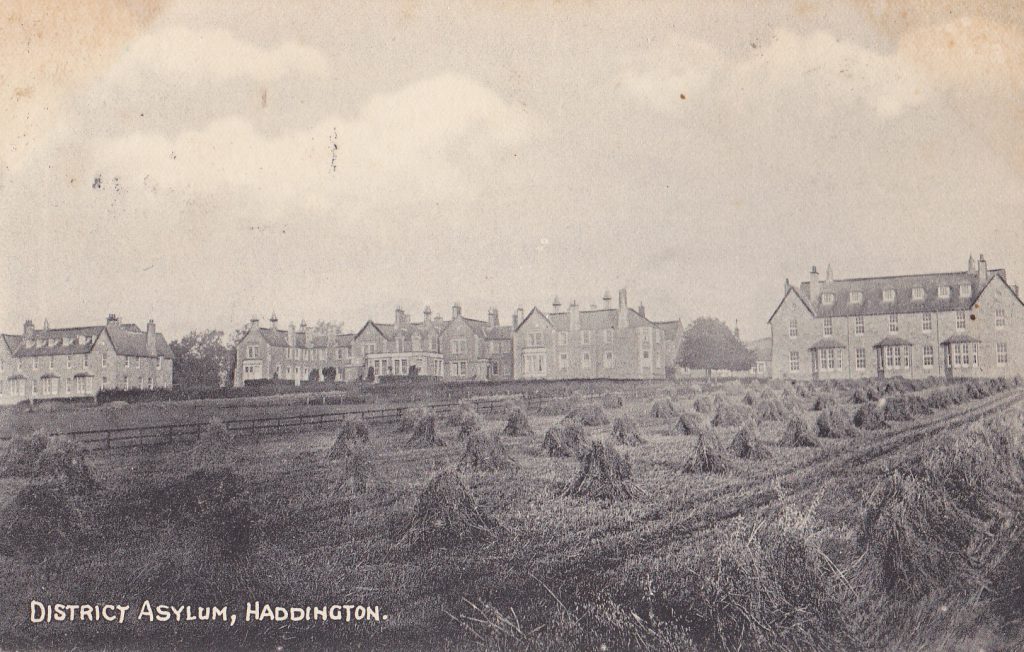