Grosvenor Sanatorium was built during the latter half of 1914 and the beginning of 1915, to accommodate 110 male patients, and 78 female patients, and was approved in April, 1915, by the Local Government Board under the National Insurance Act, 1911, for the treatment of adult persons suffering from pulmonary tuberculosis. The Sanatorium is erected on an estate of 265 acres, about ten miles from the sea, at an elevation of over 200 feet above sea level. It is two miles from Ashford Junction Station, on the South-Eastern and Chatham Railway main line. The distance from London is fifty-seven miles, which is covered by fast trains in one hour twenty minutes. The Institution is surrounded by pine trees, and is approached by a private carriage drive of over one mile in length, partly through avenues of limes, silver birches;and in other parts bordered by ornamental plantations, and lines of scots pine, horse-chestnut, and silver birch. The soil upon which the buildings are erected is light gravel. The pavilions for the patients are entirely new buildings, having ground and first floors with verandas ten feet wide, running the whole length on to which beds can be wheeled. The Institution comprises two pavilions, one for male patients, and one for female patients. On each floor of each pavilion there are small wards for seven special cases, adjoining which there are duty rooms. The beds are fully occupied by patients Sent through Insurance Committees, County Boroughs, County Councils, and certain Poor Law Authorities. The treatment is carried out by the Medical Superintendent, Dr. Malcolm Barker, and two Assistant Medical Officers, with an adequate staff of nurses with special experience. As patients make progress towards recovery, they are put on exercise and work of various grades to suit their condition, which is under the supervision of the Medical Officers, aided by fully trained gardeners. 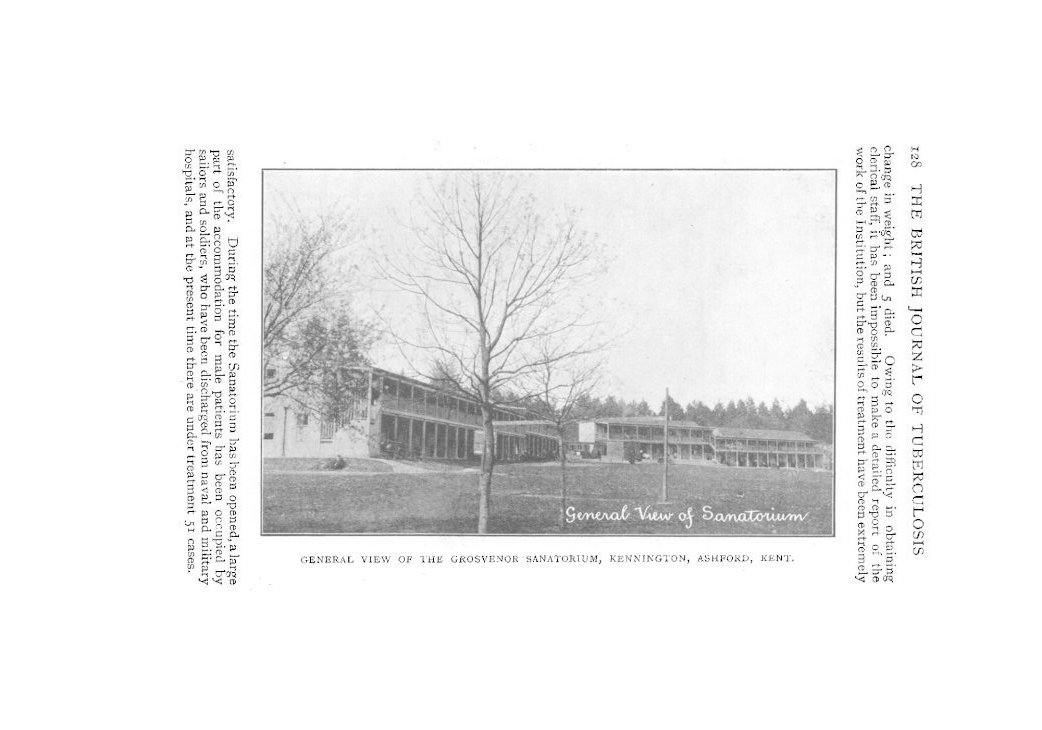